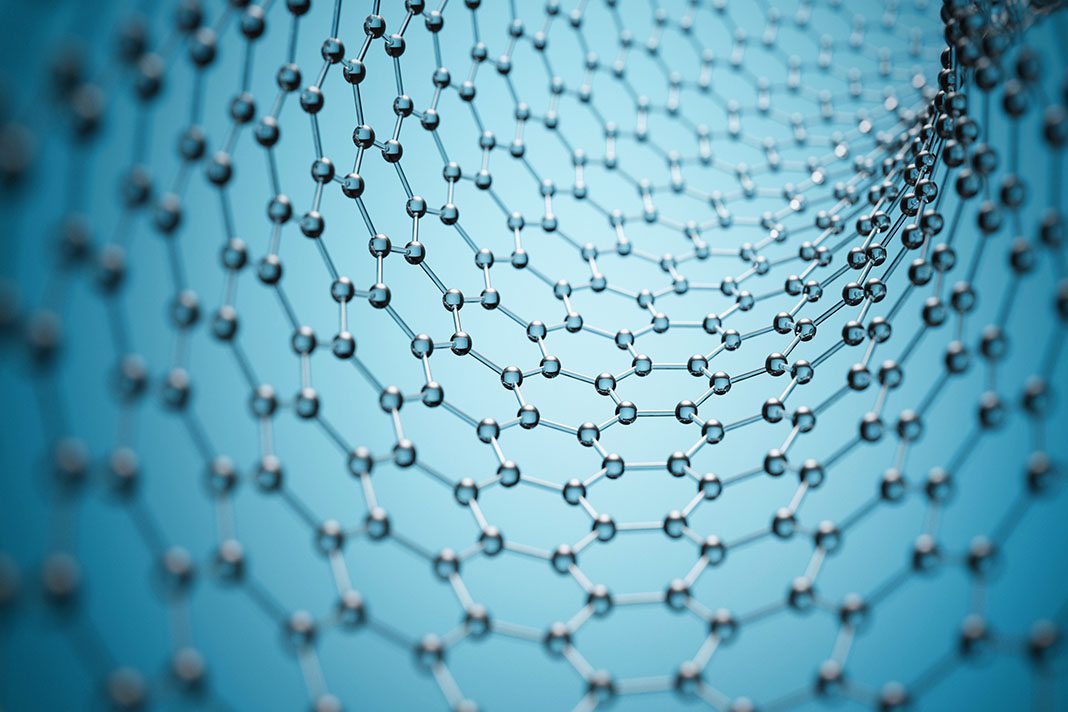 The discovery of graphene was first made by John Desmond Bernal in 1924. Since his paper was published a difficult technical problem emerged. It wasn’t until two scientists, Konstantin Novoselov and Andre Geim of the University of Manchester, broke through with a major leap forward. Their work cracked the puzzle and won them a Nobel prize in 2004. Their work took graphene to the next level.

Since then, it seems there are new uses of Graphene identified on a regular basis and research has been rapidly moving.

A fairly versatile substance, graphene, it is being used for the filtration of liquids to remove unwanted contaminants, conduct electricity and even manufacture composite materials.

The aerospace industry is looking at composites using graphene. The graphene will help the wings move thorough the air while inflight with less heat generation or wind resistance. Developing lighter planes which are stronger opens up the opportunities for faster aircraft for the defense industries or commercial flight. A partnership involving Airbus is making progress icing Graphene in it’s composite wing.

Graphene’s use as a “better battery” is now on the scene as one more practical use. “Graphene Improved” batteries have improved performance for cell phones and is on the horizon. Cell phones or tablets or computers are now seeing the benefit as cell phone manufacturers are stepping up into this space (Samsung new phone) with years of work now bearing fruit. The manufacturers will claim the graphene battery is smaller, powers the device longer and recharges quicker.

The economics of producing a quality low priced battery has been the barrier. A barrier that seems to now be coming down.

Some researchers are looking beyond the obvious such as wearable clothing. This could result in your favorite shirt powering your cell phone or even becoming your electronic device itself.

A Korean Research group has designed a transparent flexible battery using graphene. In addition, wearable devices engineered by a Korean firm it seems is on the horizon. Science fiction shows were the inspiration where ideas opened up a new world for the material.

Research into finding filtration solutions is ongoing. It has been tested for remote locations where clean water is needed. Recently bother firm from South Korea established a water filtration system in Nepal. The system can remove germs and other contaminants easily. This application has many wide implications throughout a world where clean water is a valuable commodity.

The world is coming to realize the many uses for this material. Perhaps magic is closer than we thought years ago. Perhaps graphene is really on the cusp of realizing it’s full potential.