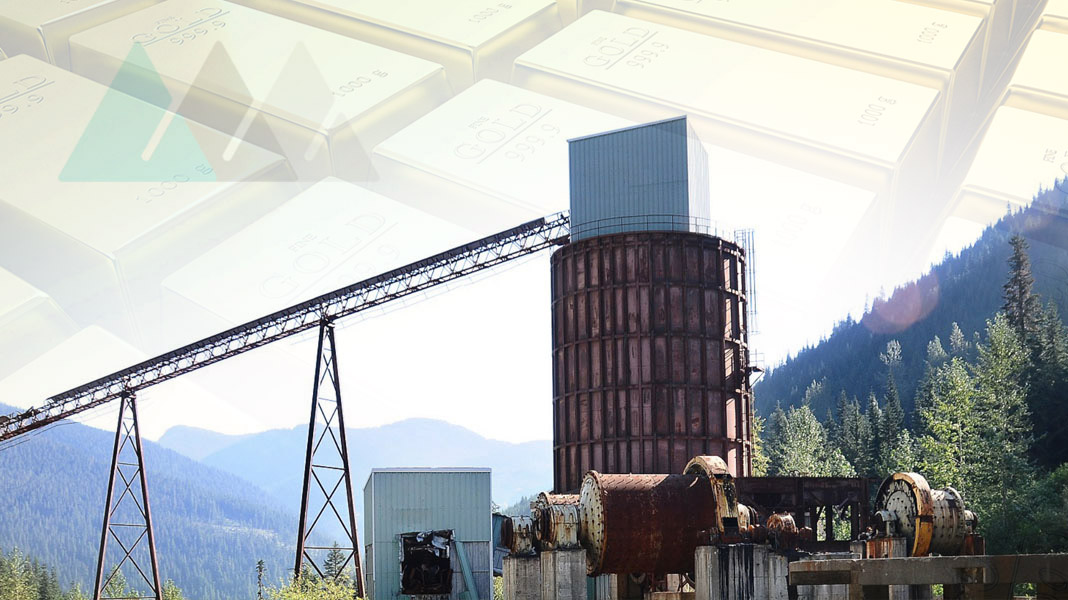 Is This Under-the-Radar BC Gold Company Developing a District-Play Analog to California’s Mother Lode?

California’s Mother Lode gold discovery which alone produced 7 million ounces in the middle of the 1800s changed the face of mining forever.

The game-changing gold district led to the development of enterprise-level mining methods in the state such as hydraulic mining and dredging which collectively produced an estimated 31 million ounces (nearly 1000 tons) 1 over less than half a century.

This industry boom from over 150 years ago, built the state of California on a foundation that helped it to grow to what it is today.

Now that there are rumblings of a major gold comeback, including a bullish projection that the gold price will double in 10 years2, it’s time to look at what projects have the potential to be online in the years to come.

Thus, when any respected geological minds allude to a district play today being a “Mother Lode analog”, we tend to sit up and listen.

That is precisely what is being alluded to with the Ladner Gold Project that’s been diligently developed over the last decade by New Carolin Gold Corp. (TSX.V:LAD) (OTC:LADFF).

The 100%-owned Ladner Gold Project is a district-sized 144km2 play within the Coquihalla gold belt that straddles a major deep crustal fault. But it’s not the extremely large land package that makes this particular project an analytic nerd’s dream.

When combined they present a truly RARE opportunity for a company that is still considered to be a junior explorer—which appears to be within one or two discoveries away from a major economic tipping point.

These incredible infrastructure and location bonuses include:

As you can plainly see, this is not your typical junior gold play that requires a +1M ounce resource to become economic. So many of the operations and capex hurdles have already been cleared this early in the game.

… and that’s before we’ve even gotten to the work that the company has done on the property since it put the land package all together.

The company has checked off almost all the major check boxes for a project, save for one major one—the resource.

There is much confidence in the team’s ability to achieve this last feat, based on the analogs.

With a strategy in place for re-development of historic data and an aggressive drill plan, an argument could be made that New Carolin Gold may be just one drilling season away from pay dirt.

We shall now take a more in-depth look at New Carolin Gold Corp. (TSX.V:LAD) (OTC:LADFF) and see why they may be the junior gold player that should be on everyone’s radar before the end of 2019.

Key to taking an accurate snapshot of what New Carolin Gold Corp. (TSX.V:LAD) (OTC:LADFF) has accomplished by putting the Ladner Gold Project together is to zero in on what is already taken care of… and what that means in the coming years as they press towards the economic turning point of morphing from a developer into a producer.

It’s likely a junior gold company would have to have spent over $100M, just to get to where New Carolin currently is alone—with road, tailings pond, grandfathered mining permit, etc.

Their economic flexion point can be considered extremely close to the mark.

There’s a possibility that with all of the generous infrastructure that’s already in place, New Carolin Gold Corp. (TSX.V:LAD) (OTC:LADFF) would only have to spend approximately $50 million to get up and running, subject to adequately increasing its current resource of course.

In comparison, companies in other areas such as the Golden Triangle, face challenges that New Carolin Gold likely just won’t.

If you’re on the wrong side of a mountain, with zero infrastructure in place, the standard cutoff point would likely need to be a minimum 1 million ounces to be economic.

It could be possible that with all of the costs that are already taken care of with the location and infrastructure in place, the cut off for New Carolin Gold could be half the norm at 500,000 ounces… a number we will look at again later in this study.

While the company’s capex is expected to be quite low among its peers, so too is the Ladner Gold Project’s opex.

Given that there’s been hydro-power on the property since 1982, and plenty of water and highway access, this can by no means be called a “remote” mining operation.

Just 15 minutes away, is the tourist-friendly town of Hope, BC. Instead of having to build out a pricey camp site, and feed staff all their meals on site, employees of the project’s mine would very easily be able to commute from Hope—12 months a year.

Not only could Hope give New Carolin Gold Corp. (TSX.V:LAD) (OTC:LADFF) an epicentre for its employees to live in and commute from, but it also would provide the mine a rail connection to the world.

A mere 23kms away from the proposed mine site, Hope’s connection to crucial Canadian rail access sets the bar much lower for getting the product to market.

The railway connects with major ocean ports less than 2 hours away in Vancouver and Surrey, BC—offering up a much less cost-heavy option of simply pouring concentrate into containers that could be shipped anywhere in the world, such as China, for processing at the cost of the buyer.

With the potential for significant capex and opex costs savings on deck, it’s reasonable to project a major advantage for New Carolin Gold Corp. (TSX.V:LAD) (OTC:LADFF) to surpass an economic turning point in the near future and drastically change the conversation.

The Road to a Resource—Combining Data, Old and New

Four out of the 5 historical mines on site, were artisanal in nature. Some of the mines are over 100 years old, and haven’t had a whiff of true commercial production… yet.

The turn off to the mine still can be seen from the heavy-traffic Coquihalla Highway, between Hope and Kamloops, BC.

While much of the valuable infrastructure in place for the project (and the company’s namesake) comes from the Carolin Mine, the site itself still has much more to give—namely in data.

New Carolin Gold Corp. (TSX.V:LAD) (OTC:LADFF) intends to leverage over 50,000m of historic drilling, which includes a 600+ drill hole database from the Carolin Mine.

As well, the company also intends to continue an underground drilling program at the Carolin Mine site to test down plunge targets.

Ultimately, the exploration strategy includes the above, as well as an undertaking of surface drilling to test the Emancipation Mine, Pipestem Mine, and other recorded occurrences on the property.

Subject to financing, a 4,000–5,000-meter drill program to test new underground surface targets near or beneath the other historic gold mines and gold showings on the property is on deck.

What’s Next to Look for out of New Carolin Gold?

When you control 144km2 which stretches 28km long, there’s plenty of room to expand upon a resource.

After a recent share consolidation, the company is in a position where the share structure is once again tight, and if the right conditions are met could go on a run.

Market value on ounces in the ground is roughly averaging out around 10%, these days.4

However, should the company make the case for its reaching the economic flexion point, that’s when everything could change.

If New Carolin Gold Corp. (TSX.V:LAD) (OTC:LADFF) can add significant ounces to its resource, with the pouring over of historic data, and the addition of all the new drilling campaigns on deck, then the market could very quickly take notice and move the needle.

We believe New Carolin Gold Corp. (TSX.V:LAD) (OTC:LADFF) has some of the best gold real estate we’ve seen in quite some time, solely backed by its historic potential, and exceptional infrastructure and geographic location.

4. Tailings pond already in place, permitted, and with additional capacity

5. Close to an established town, no need to construct a mining camp

6. 144km2 of a district gold play, with plenty of room to expand

9. Expected CAPEX and OPEX could be much lower than market peers

10. 5 historic mines and 24 known gold occurrences on the property

11. Known resource with plenty of room for step-out development